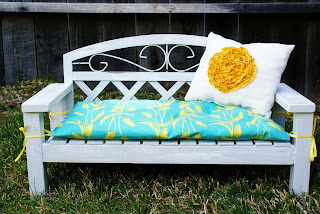 Lately I have been fascinated with do-it-yourself photo props and backdrops.  Since I dabble a bit in photography and have a couple of upcoming sessions, I thought I'd try my hand at a few of my own photo props.

Flickr is full of gorgeous photos of babies asleep in doll-sized beds, and they are darling!  I wondered how hard it would be to make my own.  But I thought, for practicality's sake, it should probably be something that I'll use for purposes other than photography.  So I built a bench that is Olivia-sized!

If I had found this awesome plan before beginning my bench I may have considered it...  but then it would probably just sit in the garage between photo shoots.  As it turns out, my little bench cost me about $11 to make so I guess I can't complain.  Maybe someday I'll still build that little bed.  It's super cute.


I started with a section of border fencing I found at Big Lots for $6.  I liked the cute detail on it and thought it would work well for the back of my bench. 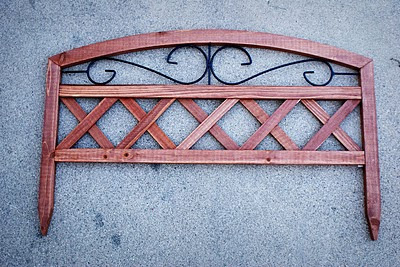 I used some scraps I had laying around for the basic structure (thank goodness for the chop saw and the nail gun!) and built the frame.  I had to buy the wood for the slats which cost me another $5.  A few cuts, screws, nails and wood glue later and I had this. 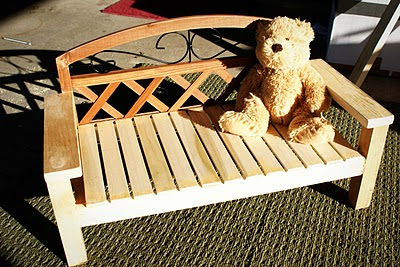 After filling in the holes and sanding everything down, I painted it white.  I thought about using the paint I had leftover from the play kitchen.  But I decided the bench would be more versatile if I left it white. 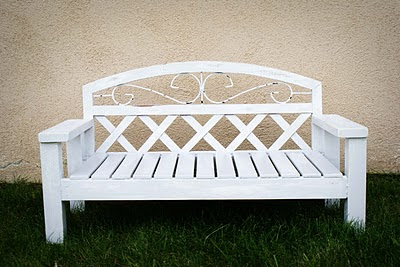 I sewed together a little seat cushion from some fabric I already had.  And for a final touch of cuteness, I made a super fun and frilly accent pillow out of old t-shirts (I love re-using stuff!!). 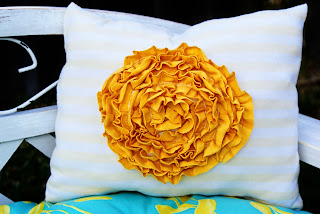 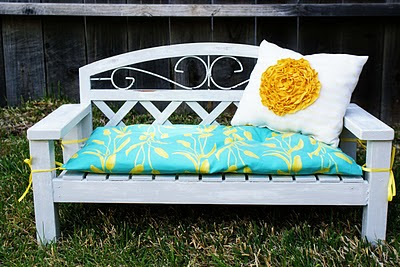 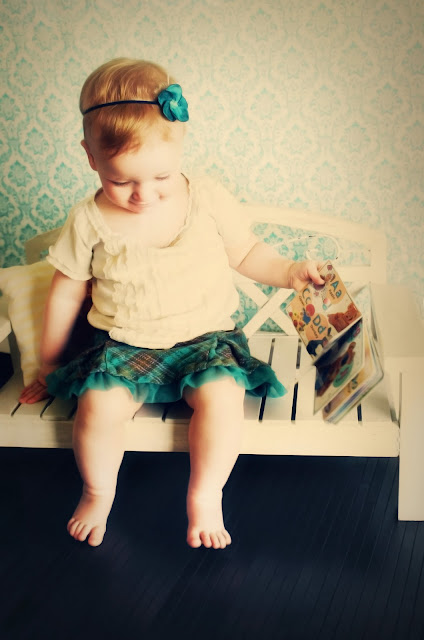 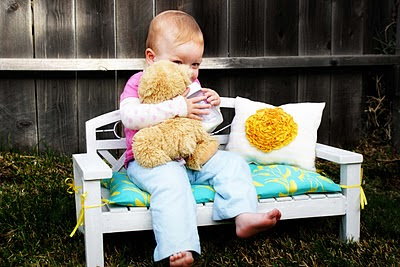 You did a super job! It's so cute and will look great in your photos. You're getting pretty handy with the power tools! Olivia looks like she likes it!

I really like the set-up for your photo sessions. The backdrop is really cool. Is it fabric, or paper? I assume you used the bamboo floor, it was hard to tell in the photo. And Olivia is so color coordinated with the whole scene...total awesomeness!

I'll take one please, along with the baby!

Oh my goodness, that is so precious! I love it! And the pillow is so sweet. And the model?! AH! DARLING!